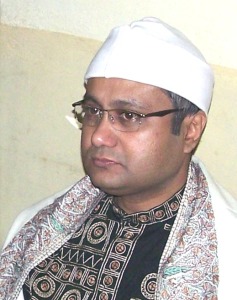 Glimpses of the Documentaries made by SUSANTA BISWAS

I am a Documentary maker by profession… use to document various themes through audio-visual means on contemporary issues including issues affecting the poor, vulnerable and marginalised sections and environment as well as handicrafts and related subjects. Several documentaries on specific projects, corporate and social communications, business, education, culture, sports etc. was also made by me.

Stills from "Artistic approach" -- a documentary by SUSANTA BISWAS

The documentary on tribal artisans of Jharkhand titled "Artistic approach", produced by the Ministry of Environment & Forests, Government of India, was selected for the 8th International Social Communication Cinema Conference 2009, organised by Roopkala Kendro, Department of Information & Cultural Affairs, Government of West Bengal and screened at Nandan, the West Bengal Film Centre, Kolkata.
"Artistic approach" is accepted by the Ministry of Information and Broadcasting, Govt. of India for the national telecast in Doordarshan (the number one television channel in India in terms of absolute viewer-ship).
Besides, National Bank for Agriculture and Rural Development (NABARD) and The Handicraft Department, Ministry of Textiles, Government of India have highly appreciated it and screened the documentary at their various programmes.

Stills from "the tender touch" -- a documentary by SUSANTA BISWAS

“the tender touch” a documentary on women participation in National Afforestation Programme in Mandu, a village in Jharkhand accepted by Doordarshan Kendra, Ministry of Information and Broadcasting, Government of India for national telecast. The women folk living in the forest fringe areas of Mandu have established and nurtured local temporary nurseries. As well as they protect and care the plantation done by them with a sustained effort. The documentary was highly appreciated by the the State Forest department of Jharkhand.

Stills from "Forest Management Beyond JFM" -- a documentary by SUSANTA BISWAS

“Forest Management Beyond JFM” a documentary on a proposition for saving forests by making the forest fringe dwellers self-reliant to wean them away from forest has been accepted by Doordarshan Kendra, Ministry of Information and Broadcasting, Government of India for national telecast. Joint Forest Management is a viable concept and is perhaps the only means of eco-restoration under Indian context, where too many people are too much dependent on too little forests. The documentary was highly appreciated by the the State Forest department of West Bengal.

GOPI KANTA GHOSH said…
I REPLIED IN YOUR MAIL...

Victor Ellison said…
I can help research organizations that might be interested and get mailing and application information. I can also research ideas that you send on what your proposals would be. Then cover letters and samples of work would have to accompany the grant proposal as well as estimates of cost and expected results from the documentary proposal. Should I contact you through your website?

Victor Ellison said…
Have you thought about grants. There must be organizations or magazines that would sponsor a well written proposal. National Geographic Magazine, United Nations, Greenpeace (environmental concerns) come to mind and there are probably more possibilities.