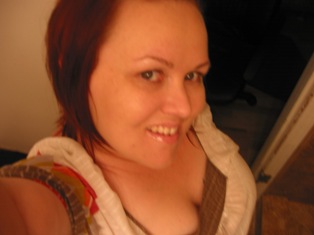 Make sure you tune in Monday - Friday from 8pm - 11pm PST right here on www.Hustlengrind.com or you can listen by phone at 347-637-2699!
What more do you need to know about this female aside from the fact that she is a true BUSINESS WOMAN! J Milly has created a name for herself in the local and national hip hop communities by extensive networking, promotions, and just being a real chick! Former Co-Host of Trill Talk Radio and previously a business partner/producer of Urban Music Report...J Milly ventured off on her own as planned to create Hustle & Grind, which includes Hustle & Grind Radio. Broadcasting live from Phoenix, Hustle & Grind Radio plays the hottest music; including pop, hip-hop, reggae, R&B and rap. The combination of fresh new artists, along with live interviews, has listeners around the globe tuning in. Audiences are falling in love with J Milly - with listener numbers increasing daily. She excites and ignites an audience, and yet she is as down-to-earth and real as she can be. Artists and fans relate to her genuine and magnetic personality. Added to that, J Milly exudes a beauty that is not just outward, but an inner beauty that penetrates her very being. Hustle & Grind Radio can be heard live weekdays from 8:00pm - 11:00pm PST on www.hustlengrind.com. With Hustle & Grind Radio in demand, the show is now syndicated on several stations throughout the country. In late 2009, J Milly became the Music Director for IDJ Radio as well as host of The Million DJ Conference Call. For a second time she joined forces with Urban Music Report, a broadcast television show, but this time as the host. J Milly is also recognized for her hard work and passion with artists through promotions, marketing, artist development and public relations. In her spare time she has found a love for hosting live events and clubs. J Milly continues to be a strong voice for hip hop in Arizona and won't stop until she reaches the top!
To book J Milly for interviews or to host your event please contact Shae Freeman at (623) 252-0411.

To submit music for the show or to be considered for an interview please send music labeled in mp3 format with a bio and picture to jmilly602@gmail.com.